A nearly all-white Iowa town asked itself: ‘Why do we hate?’ 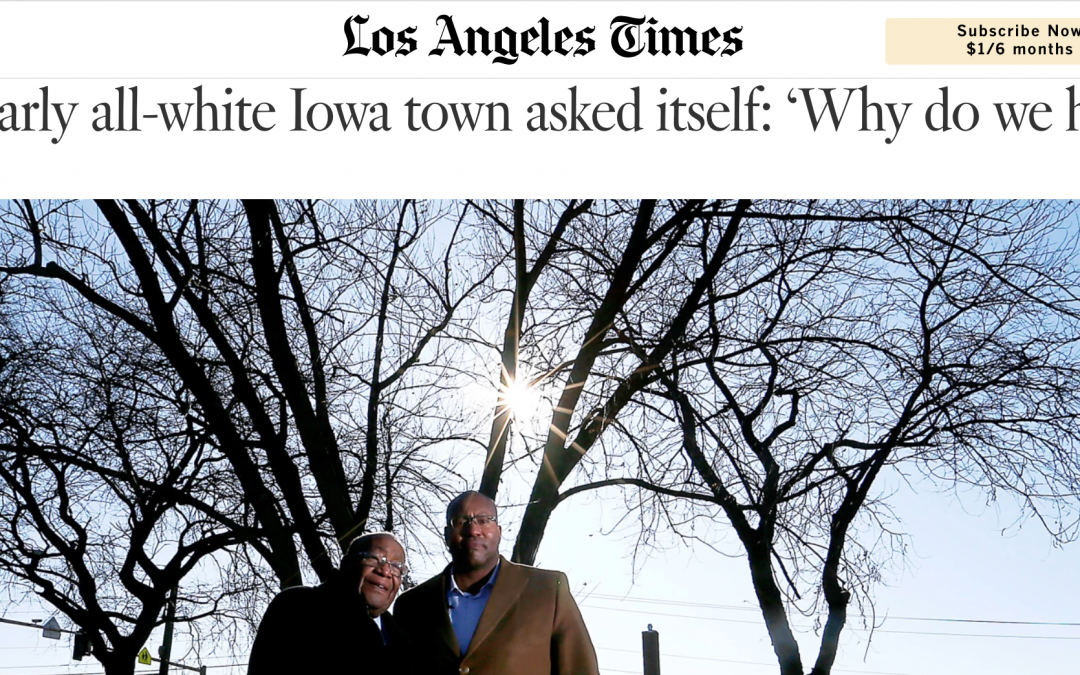 As featured in “The Los Angeles Times”

Jason Greer will never forget what it was like to be a black teenager in Dubuque when it tried to bring about racial healing after several hate crimes in the 1990s. The experience scarred him for life.

His father, Jerome Greer, had moved the family here from St. Louis after he was recruited to become Dubuque’s first black school principal in 1991.

Vandals burned crosses to show their disapproval, one within eyeshot of Jerome’s school.

Dubuque was a nearly all-white city with a long-running reputation for not welcoming blacks. Jason said white children ran away when they saw him, and he was constantly targeted with racial slurs. He rarely…